Space Tech Expo Europe is the continent's major dedicated supply-chain and engineering event for manufacturing, design, test and engineering services for spacecraft, subsystems and space-qualified components. The exhibition and conference draw attendance from thousands of industry leaders, decision makers, engineers, specifiers and buyers to meet manufacturers across the supply chain for commercial, government and military space.

The Expo will take place from 16th until 18th November. Feel free to visit us at our booth D35 to get directly in touch with our Engineers.

We are looking forward to seeing you. 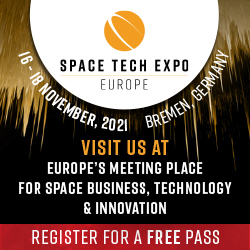 A leading global manufacturer of specialty semiconductors and high performance materials announced that it has entered into an M&A-agreement (pending authorization) with us - the AZUR Space Solar Power GmbH. 5-N Plus will be integrating our workforce fully and appointing our Managing Director, Jürgen Heizmann, as a part of the 5N-Plus Executive Committee.

The integration will not simply expand our position in the renewable energy sector, but will also establish 5N Plus as a dependable and competitive supplier to the European and U.S. space programs through Canada's membership in the European Space Agency (ESA).

This strategic transformation will develop significant market potential. AZUR and 5-N Plus complements each other.

On the 10th and 11th of June 2021, German President Frank-Walter Steinmeier invites to his official residence in Berlin for the "Week of the Environment".

AZUR SPACE is invited this year to present our CPV technology under the title: "CPV - Concentrated Photovoltaic - The most efficient PV technology in the world becomes marketable".

Sadly, due to the Corona pandemic, the event is partially digital and we will be present our project in a virtual booth, with a short video clip and an overview about our technology and franchising system.

The CPV-System contains our latest 46%-cell-technology, which is about twice as efficient as the current solar cell technology.

A module production line has been developed for a licensed franchising concept so that partners worldwide in their countries can produce this technology and create sustainable local jobs.

A CPV system consists of the highly efficient solar cell, which is placed in the focal point of the Fresnel lens within the module. This module is tracked to face direct sunlight. The system works autonomously. It awakens in the morning independently, finds the sun, follows all day and recognizes in the evening when it has to go into the "sleep mode".

The aim of the two theme days is, among other things, to show that economics, social affairs and ecology can be successfully brought together.

We are looking forward to a successful "Week of the Environment".

The Fraunhofer Institute for Solar Energy Systems (ISE) presented its new Center for Highest Efficiency Solar Cells in Freiburg at the end of April.

The new building with 1,000 square meters of laboratory and clean room space was financed in equal parts by the German Federal Ministry of Research and the state of Baden-Württemberg.

In the future, 70 researchers and technicians will develop new generations of solar cells in the building, whose electricity yield will far exceed the values of today's cells.

Fraunhofer ISE, which celebrates its 40th birthday in July 2021, is the largest solar research institute in Europe with 1,250 employees.

This makes Freiburg an important driver of the "worldwide solar revolution", said Minister President of Baden-Württemberg, Winfried Kretschmann, at the event.

“Solar power is revolutionary, because it is now the most cost-effective electricity available. In addition, it uses an existing infrastructure - namely the roofs.” 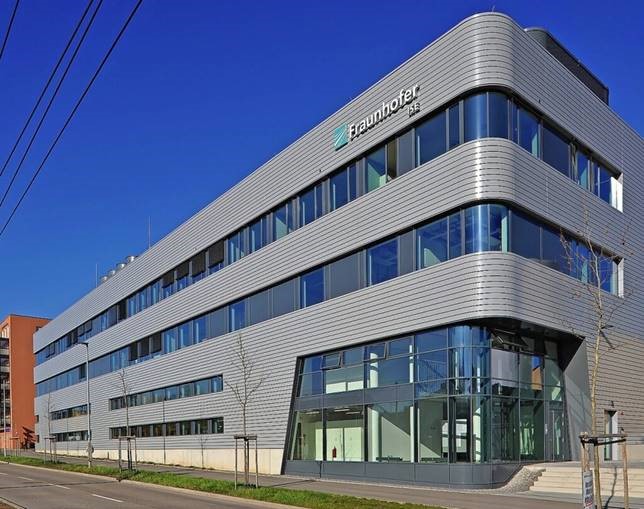 AZUR SPACE is sponsoring and will be present on the CPV-17, the leading scientific and technical conference in the areas of concentrated PV.

The Online Event will take place from April 12-14, 2021 and will be hosted by Fraunhofer Institute for Solar Energy Systems ISE.

The Conference Topics will be:

“We are the leading provider of high efficiency multijunction space solar cells based on III-V epitaxy with a capacity of 500 000 wafers/year and with multiple MOCVD reactors running 24/7. Our skills and know-how are a perfect match to the requirements of the quickly emerging III-V HPE epiwafer market.” J. Heizmann, CEO AZUR SPACE

The 20th International Conference on Metal Organic Vapor Phase Epitaxy (ICMOVPE-XX) will take place in Fellbach nearby Stuttgart from 14th – 19th of June this year.

As it is a forum where all topics to MOVPE are addressed, ranging from surface science to device development, from basic growth mechanisms to production issues, AZUR SPACE will also be present.

The aim of the conference is to bring together physicists, chemists, material science specialists and engineers from all over the world to discuss the latest trends in the field of MOVPE growth of semiconductors and other materials, device fabrication, and related technological problems.

We look forward to meeting you in Fellbach!

The first German satellite "Azur" was sent into space exactly 50 years ago. We took this anniversary as an opportunity to celebrate together with our employees, guests and Mr Ernst Messerschmid, one of the few German astronauts till date.

The foundation "Große Hilfe für kleine Helden" was also included, because exactly 1969 euros, analogues to the year of birth of the satellite, was accepted by foundation managing director Angelika Wolf as a donation.

"Thank you very much for your renewed support," said Angelika Wolf, "Loyal donors like you and your employees allow us to raise the financial resources annually to continue our 19 projects and therapies for the children."

"We see the urgent need of charitable work and are always happy to support" explained Jürgen Heizmann at the donation handover ceremony.

This year´s World Solar Challenge in Australia is over, and we are proud to have sponsored this years´winning team:

For another team the end of the race was not as successful as expected: Vattenfall Solar team had the lead by just a couple of minutes. After travelling 2761 kilometers from Darwin, as they charged towards Adelaide on their final leg, their car NunaX caught fire. The driver was able to quickly park the car on the side road and get out safely, before the car burnt to the ground. The cause of the fire is still unkown, but all participants are safe, and emergency services soon arrived to address the fire.

Space Tech Expo Bremen brings together professionals in the space industry in Europe and beyond to discuss current trends, developments and challenges in the market, as well as innovative and ground-breaking technologies.

In its third year, Space Tech Expo Europe is the continent´s major dedicated supply-chain and engineering event for manufacturing, desgin, test and engineering services for spacecraft, subsystems and space-qualified components. The exhibition and conference draw attendance from thousands of industry leaders, decision makers, engineers, specifiers and buyers to meet manufacturers across the supply chain for civil, military and commercial space.

High-level industry experts will share their insights on the most important developments and challenges facing space engineers and manufacturers today at this year´s conferences. Confirmed speakers include ESA, DLR and Airbus, with more announced weekly.

Airbus Defence and Space has completed the first step in the construction of the inner structure of the European Space Agency´s (ESA) satellite. This is the start of the satellite´s Earthly journey through different Airbus sites in Europe (Lampoldshausen, Friedrichshafen and Toulouse) towards final integration. Airbus is building the JUICE (JUpiter ICy moons Explorer) spacecraft for ESA, which will investigate the potential for Jupiter´s icy moons Europa, Callisto and Ganymede to harbor habitable environments such as subsurface oceans.

JUICE will also carry out observations of Jupiter, its atmosphere, magnetosphere, other satellites and rings. As prime contractor, Airbus is leading a consortium of more than 60 companies across Europe on the project. Jupiter´s distance from the sun will make it challenging to generate energy. For this reason the spacecraft is equipped with solar arrays with a total surface of 85m².

We are proud to be the chosen company, delivering the solar cells for the largest ever built solar array for an interplanetary spacecraft. 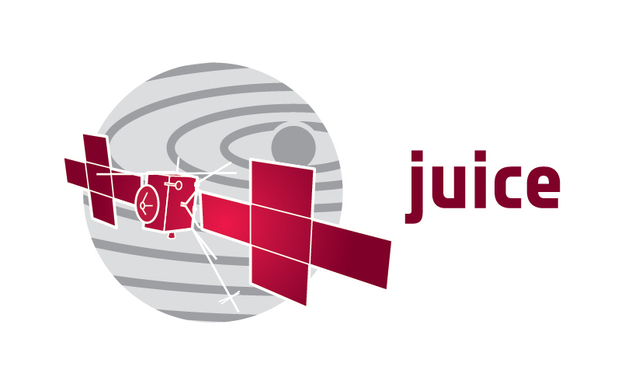 After succesfully runned lifetime and performance tests (17 tests in total) we received the official TÜV-certificate for our C3PV module.

IEC 62108 is the corresponding TÜV-norm, according to which the tests were realized.

With this certificate it is possible for us and our partners, to connect our CPV systems to the official power supply system. 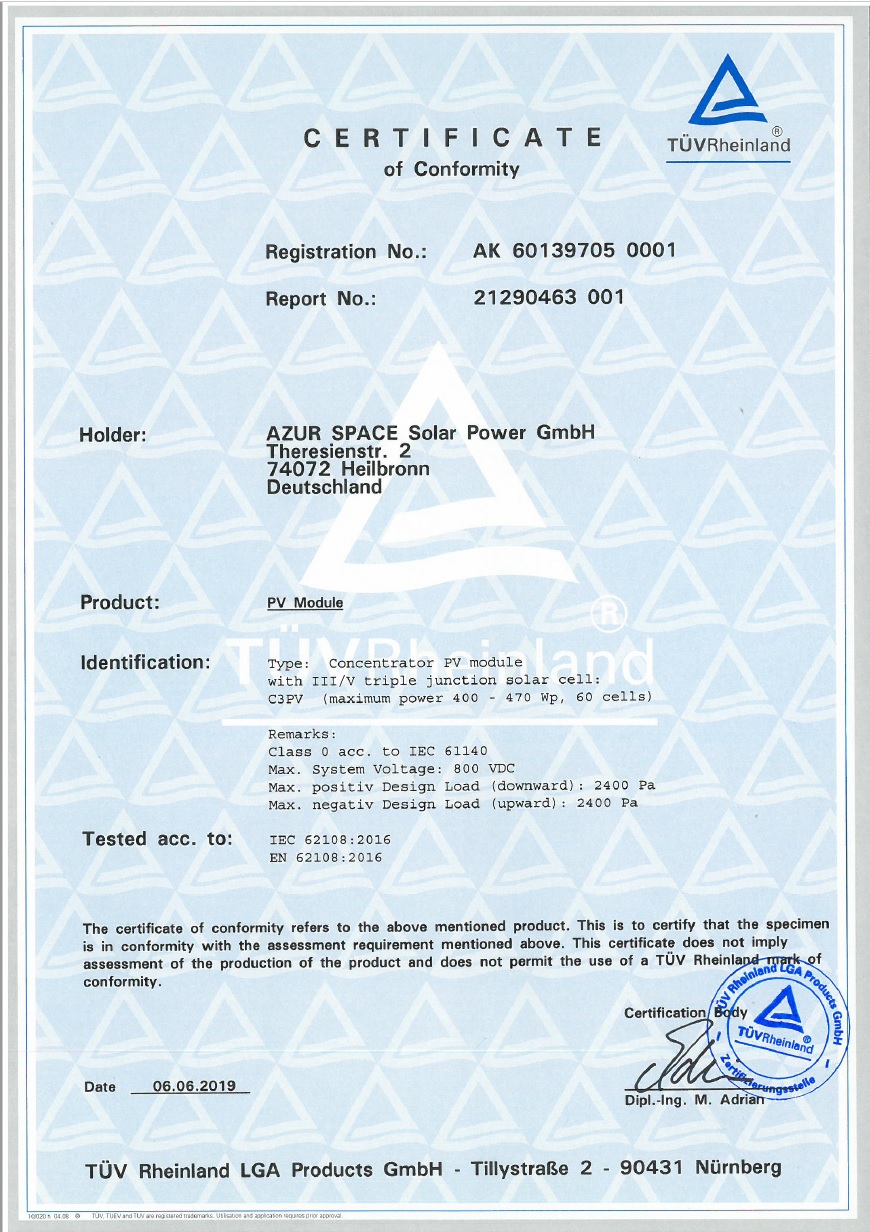 We are proud to be the official cup sponsor of the U17 soccer league 2019.

The match takes place on the 20th and 21st of July in Öhringen.

Famous teams like VfB Stuttgart, Borussia Dortmund, FC Bayern München or FC Arsenal are willing to win the cup in the Otto-Meister-Stadion. Entrance is free.

Since the 1960´s, AZUR SPACE has nearly tripled BOL cell performances, while EOL power has more than tripled during that same period. Improved materials and design have enabled mass reductions per watt of power of nearly 75%.

The design know-how enables an EOL efficiency of 28,8%! 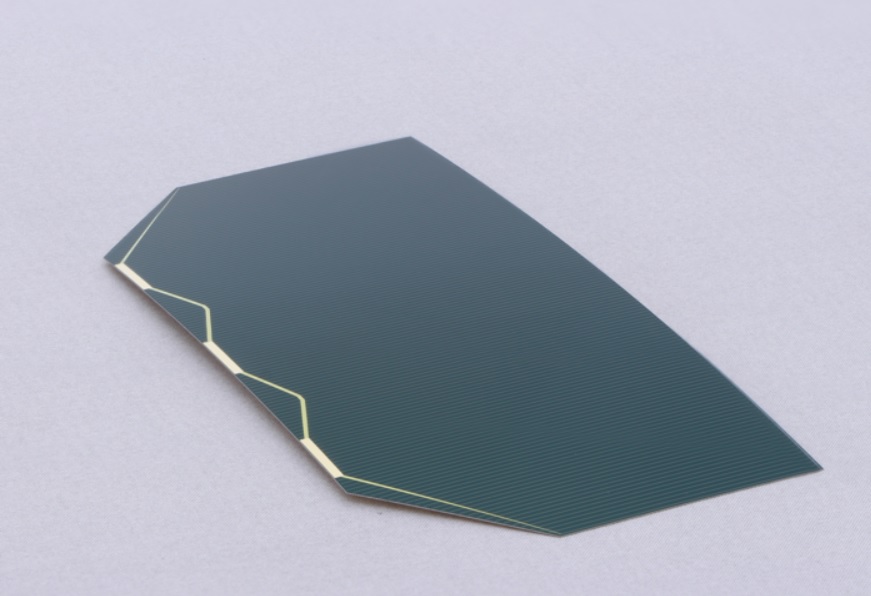 The continuous improvement of solar cell efficiencies is especially important at the end of the life of a solar cell and improving this is key for maintaining European competitiveness and independence, not least because solar cells that are more efficient in terms of power are also more efficient in terms of cost. A TDE contract between AZUR SPACE, Fraunhofer ISE, Qioptiq, Umicore, tf2 devices and Tampere University of Technology has developed solar cell concepts with the potential to reach end of life efficiencies above 30%. (source: ESA; www.esa.int) 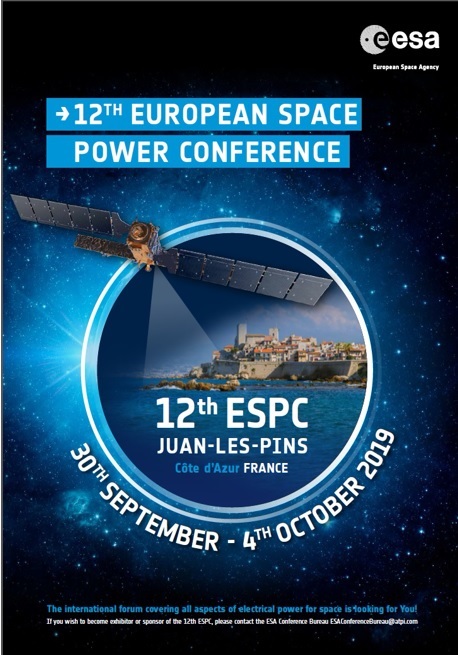 AZUR SPACE will be present on the ESPC 2019, the 12th European Space Power Conference. The upcoming ESPC will be very special - it will be held in Juan-les-Pins, France, from 31 September to 04 October 2019, marking the 30th anniversary of the ESPC, since 1989.

AZUR SPACE will be present on the CPV-15, the premier technical conference in the areas of high- and low- concentration PV components, modules and tracker-based PV systems. 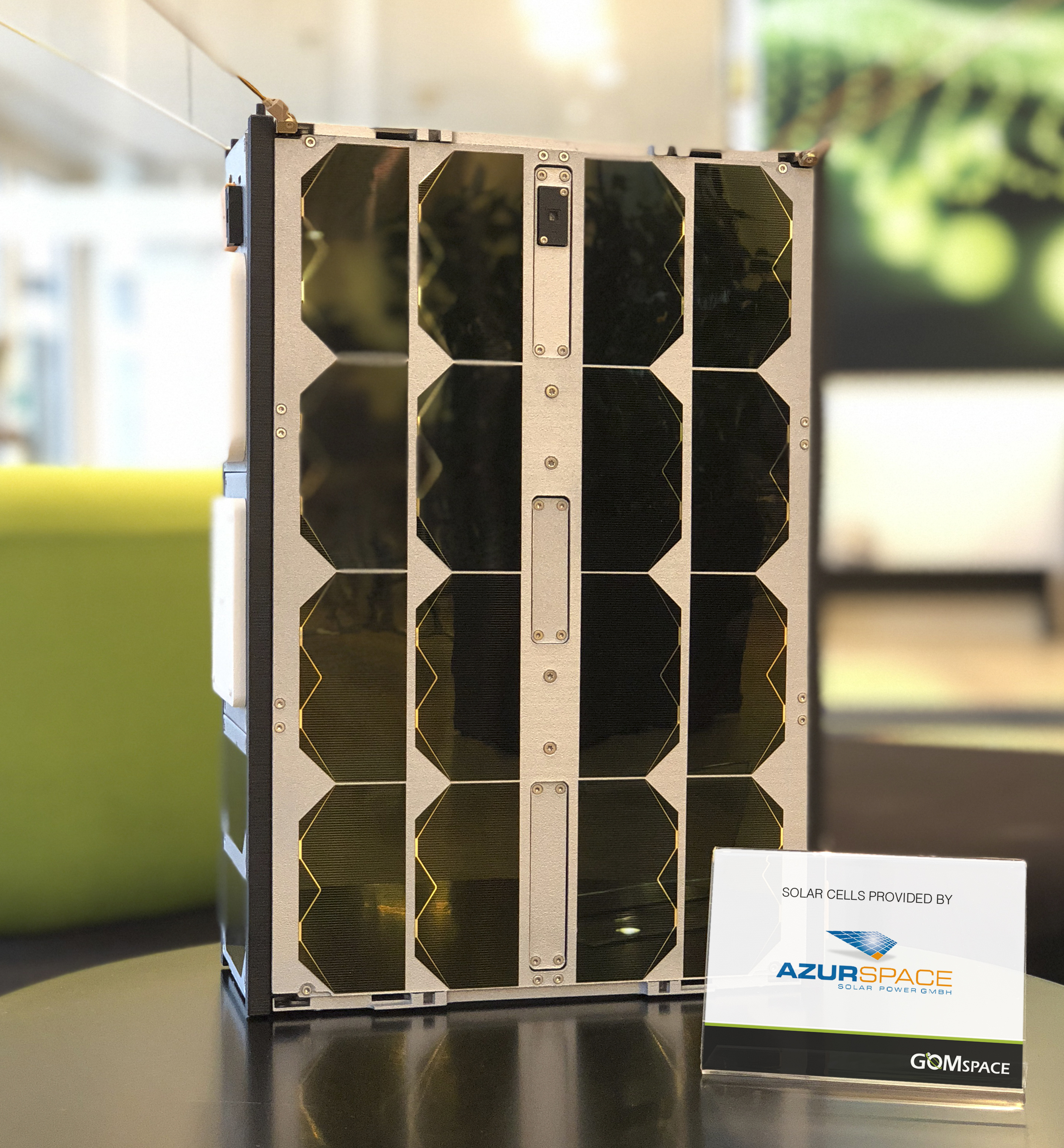 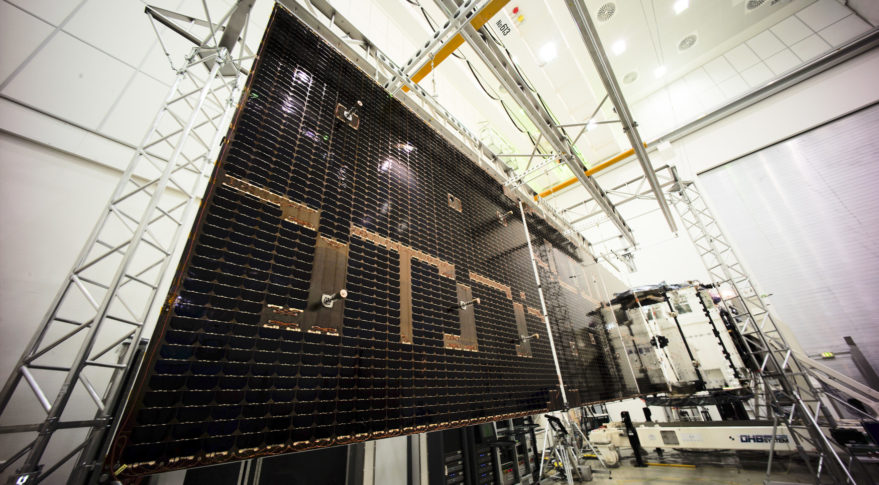 AZUR SPACE to its supplier base, signing a three-year supply contract.